FSC has an array of resources to help you navigate the certification process. The links below provide an overview, and more comprehensive materials can be downloaded from the document centre. Please consider subscribing to our newsletter for the latest updates from across the FSC system.

Given the recent developments around the global outbreak of COVID-19 and increasing travel restrictions, we have updated the derogation that allows certification bodies unable to conduct on-site audits to either postpone the audit or replace it with desk audits. Internal auditors of group and multi-site certificates will soon be given similar options.

FSC is aware that desk audits cannot fully replace on-site audits, but we see this derogation as justified in the current situation: Our priority is  to protect the health of staff of certification bodies and certificate holders, and to support global measures to minimize the spread of the virus. To mitigate the difference in audit intensity and enable us to monitor the situation, we are setting up additional reporting requirements for the CBs.

With the flexible audit options, we aim to assure certificate holders that they need not be concerned of losing their certification status because auditors and staff are unable to conduct on-site audits in these challenging times.

Additional information can be found in the FSC derogation (FSC-DER-2020-001) and related interpretation. This derogation is valid to 31 December. 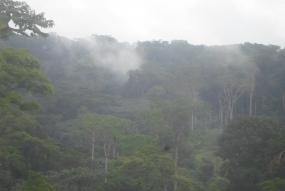 FSC National Standards revision processes were initiated in 2015 in the Congo Basin, in the Republic of CONGO, Cameroon and Gabon. The revised national forest management standards of Cameroon and Gabon apply to all types and scales of forests (FMUs, Communal Forests, Community Forests) including forest plantations. These standards do not apply to non-timber forest products. The revision process has mainly consisted in adapting the FSC Principles and Criteria version 5 and including important indicators related to Intact Forest Landscapes, timber monitoring, ILO fundamental conventions, promotion of women, as well as strengthening indicators related to workers' rights, rights of indigenous peoples and local communities, among others. This process began with the establishment of Standards Development Groups (SDG) in each of the countries involved. The approval and publication of the revised standards of the different countries takes place according to the following publication schedule: CAMEROON Cameroon's revised national standard was approved and published by FSC on September 28, 2020. It came into force on December 29, 2020. REPUBLIC OF CONGO As for the Republic of Congo, its standard was approved and published on October 6, 2020 and came into force on January 6, 2021. GABONESE REPUBLIC Launched within the framework of the policy of generalizing the certification of responsible forest management, the national standard FSC Gabon was approved and published on December 15, 2020 and its entry into force is scheduled for March 15, 2021. It is important to note that these new national standards have also been simplified and better adapted to the specific context of each country to facilitate not only their use by forest concession managers but also understanding by auditors. These standards have also been aligned with the legality requirements of the VPA-FLEGT agreements for the countries where these agreements have been signed (Cameroon and the Republic of Congo). FSC welcomes the completion of its draft standards and encourages forest concessions to comply with them for the valuation of their forest products on the national and international markets. FSC would particularly like to thank its various partners involved in promoting responsible forest management in the Congo Basin and more specifically the members and experts of the FSC Standards Development Groups in the countries concerned for their availability during the long period of revision of national FSC standards. If you have any questions about the new standards, please contact: For Cameroon: Professor Roger Ngoufo, Chair of the FSC standard development group: ngoufocew08@yahoo.fr For the Republic of Congo: Inès Gady Strarov Cabare Mvoukani, Chair of the FSC standard development group: inesgady@yahoo.fr For Gabon: Mr. Emmanuel Bayani, Chairman of the FSC standard development group: e.bayani1968@gmail.com / scoutgabon@yahoo.fr &nbsp;&nbsp; &nbsp;&nbsp;&nbsp;&nbsp;&nbsp;&nbsp;&nbsp;&nbsp;&nbsp;&nbsp;&nbsp;&nbsp;&nbsp;&nbsp;&nbsp;&nbsp;&nbsp;&nbsp;&nbsp;&nbsp;&nbsp;&nbsp;&nbsp; &nbsp;
Read more

With more than 75,000 organizations holding FSC chain of custody certification, FSC is the leading sustainable forest management solution, providing the highest global assurance of supply chain integrity from forest to end user.&nbsp;FSC is not restricted to products on a store shelf, however. Your business has the opportunity to use the FSC trademarks to promote your projects!&nbsp;By complying with the FSC Standard for Project Certification, the projects you manage can be FSC-certified, allowing you to manage several projects in a continual basis or a one-time project certification, whichever is more convenient for you.
Read more

This is an area with relevant trademark resources for certification bodies. If you are a certification body, please log in. If you have forgotten your log in details, please contact us.
Read more

Go deeper into our investigations and our work with organizations currently excluded from the FSC scheme, and those who have been re-admitted after taking remedial action.
Read more

Policies, Standards and Procedures are being developed or revised. Our development, review and revision process is comprehensive, transparent, inclusive and robust, aiming to promote stability and predictability with the FSC system.
Read more
You also may be interested in
Become Certified
Become Accredited
ASI CAB
Document Centre
Consultation Platform
Marketing Toolkit