You can't see Life for the Trees

More than 30% of the commercial forestry landscape in South Africa is protected for ecological conservation benefits.

The world famous Tsitsikamma National Park, Table Mountain National Park and World Heritage Site, iSimangaliso Wetland Park and World Heritage Site and the uKhahlamba Drakensberg Park, were originally established as conservation and mountain catchment areas by the then Department of Forestry. This foresight has left us with a wealth of biodiverse landscapes that are also primary South African tourist attractions.

A recent survey of 70% of South Africa’s forestry landscape found that, ecologically speaking, there is much to celebrate. The South African forestry landscape provides an array of habitats and ecological services that benefit biodiversity and are managed, monitored and maintained by the Forestry Industry. It also provides the opportunity to conduct biodiversity-based research that will ultimately improve our understanding and ability to conserve both individual species and whole ecosystems.

Did you also know?

Commercial forestry in South Africa was started in the late 1800’s as a specific response to the protection of South Africa’s remaining natural forests which, up to that point, had provided for most of the timber needs of the country. Extensive use of natural forest species such as the iconic Yellow and Stink Woods, for railway sleepers, building material, floors, furniture and anything wood, had led to the large-scale decimation of the country’s natural forests. The only way to stop this was to bring in fast growing exotic species that could provide in the timber needs of a fast-developing country. Why exotics, you may ask? Well, despite many trials, there are no indigenous trees species that can produce sufficient volumes of timber at commercial scale and to date, this remains the case.

Today, over 65 000ha of indigenous forests are protected within commercial plantations estates. 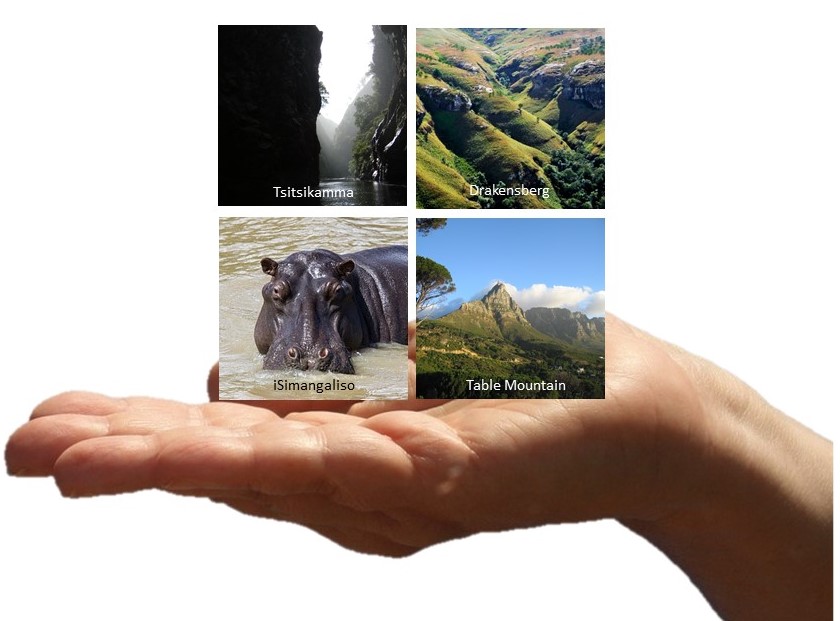 The highly threatened Wattled and Grey Crowned Crane and the Blue Crane (South Africa’s national bird), are common sights in South African plantations. Some of the last vestiges for the vulnerable Blue Duiker are found within these plantations. So is the vulnerable Blue Swallow, the Aardvark, Samango Monkey, Wild Ginger and a host of other species. Over 30 mammal species, 502 bird species and countless reptile, amphibian and insect species are well protected within the boundaries of the South African forestry estates. These species are also not restricted to the natural ecosystems and many can be found living within the planted areas. 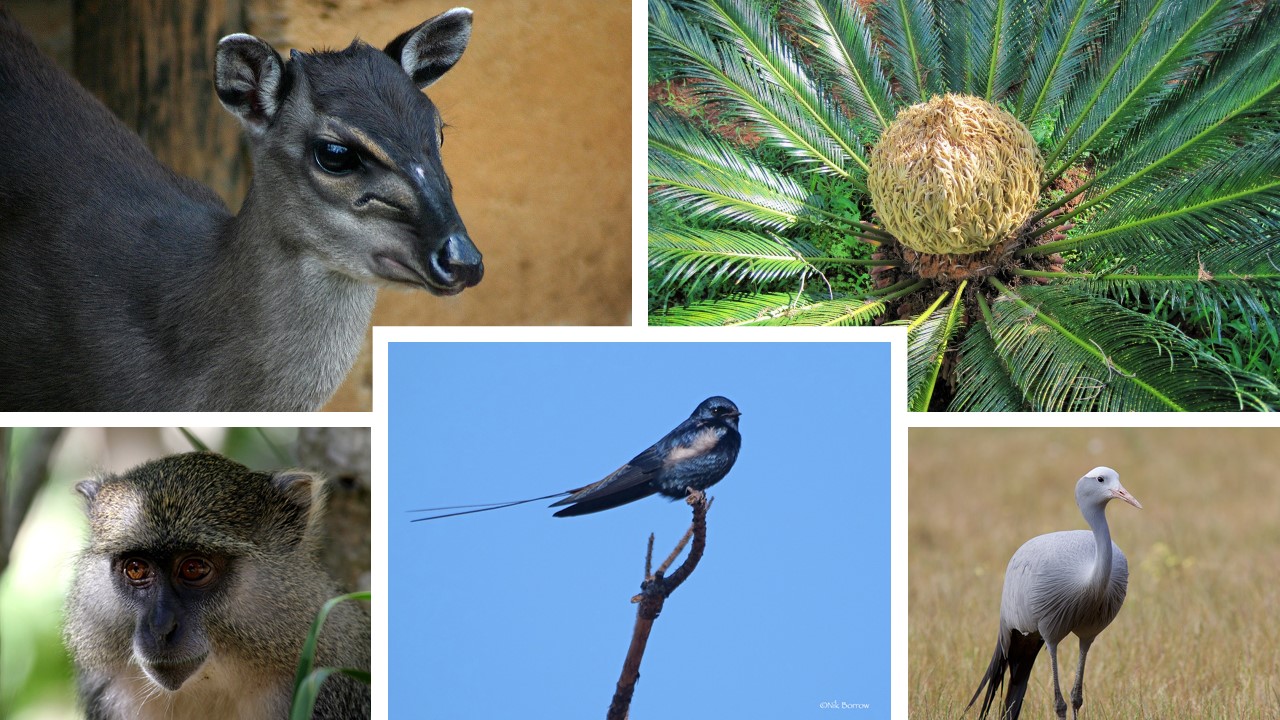 Conservation and protection of these important environmental values are also expressed through specific high profile nature reserves such as the 940 ha of moist grassland and mist belt forests protected in Sappi’s Clairmont Nature Reserve which is situation in the highly diverse Mahwaqa Mountain in KwaZulu-Natal.

This mountain is home to over 1000 species of plants and is an important corridor between two other nature reserves. Plant species include many orchid species, including the endangered Disa scullyi which is pollinated by long-proboscis flies.

Sappi’s Mount Morgan Nature Reserve comprises  1013 hectares for the protection of the high biodiversity and this is further amplified the three adjacent protected areas. Most importantly, it lies within the Queens River Catchment where it provides a critical ecosystem service in the form of water supply, particularly to Barberton Town. West of the iSimangaliso Wetland Park, we find the Mondi plantations where commercial forests not only provide a buffer between the park and the intensive land-use beyond, but here, elephants, giraffe and many other species move effortlessly to and from the Mondi plantations. 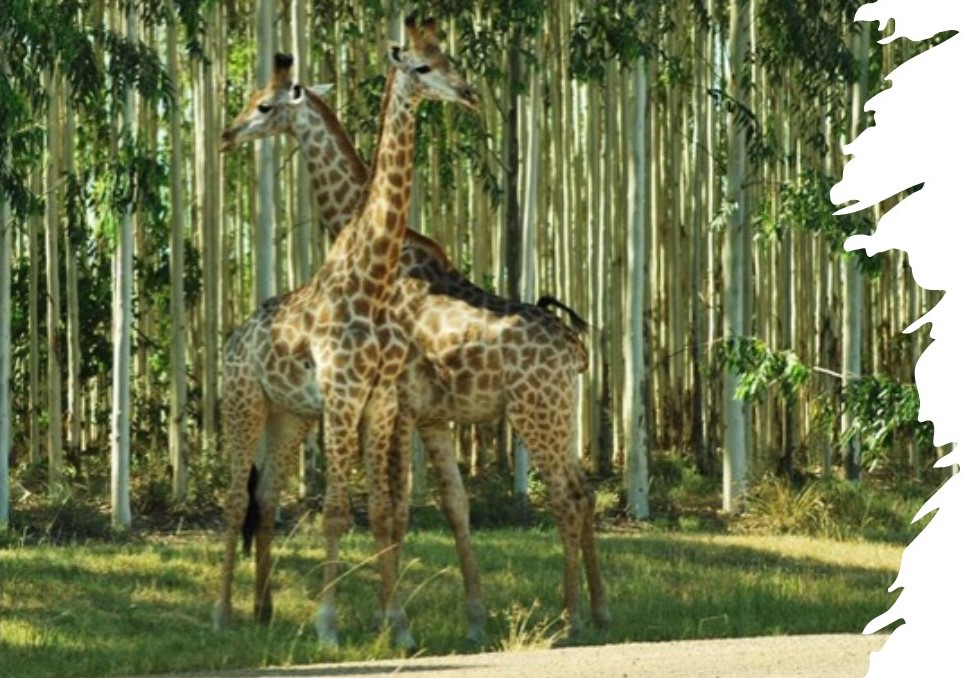 The Hewitt's ghost frog (Heleophryne hewitti) is endemic to South Africa’s Eastern Cape Province, where the fynbos vegetation is seriously threatened by habitat loss. MTO Forestry, have committed to minimise any future impacts by adapting their management in response to the needs of this endangered species. In practice, this means, amongst others, that no harvesting takes place in areas where they are found to move away from the river systems for about 2 months a year.

These are but a few of the very many natural areas conserved on South Africa’s plantations. Most importantly, this gloves in perfectly with the Forest Stewardship Council’s® objectives for the protection and enhancement of these important environmental values.

So, go along to you nearest plantation and see what hides in the wood.